Yesterday, Damjan was introduced to the durian, a shy tropical fruit that defends itself from predators with its spikes and its fragrance.

Regarding spikes, I offered Damjan use of my steel-capped boots. Industrial-strength protective footwear is recommended to those who frequently handle durian and jackfruit, like greengrocers.

Regarding its fragrance, Wikipedia has some graphic descriptions. The fine city of Singapore has banned durians on its public transport. I was on the Paris Metro once and smelled a durian-like smell. People around me were complaining about the odour. I didn’t mind it so much because it made me think of tropical fruit.

As for its flavour? Mum and dad love it. Many people are addicted. Our first time taster, Damjan, says that there is a coffee aftertaste.

He said, “The flavour’s really complex. I think it’s an acquired taste.”

I asked, “Do you want to acquire it?” 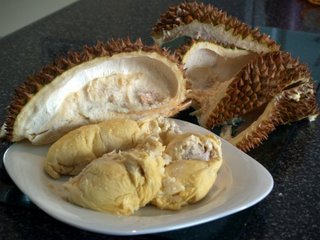 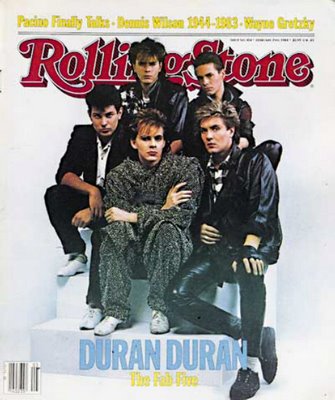 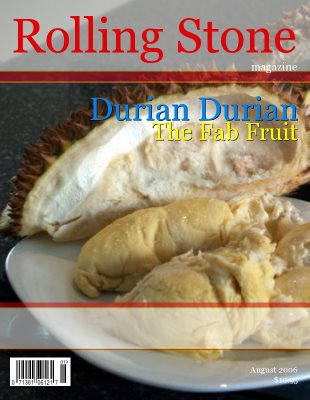