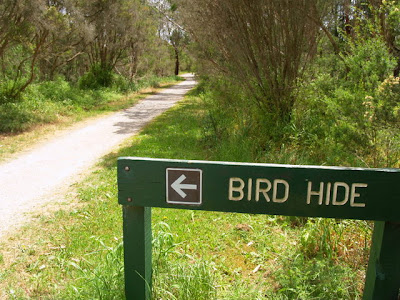 The mysterious sign from the previous post in this series is now spelled out in English: bird hide! Maybe it should be a ‘human hide’ because from inside the wooden shelter, people can do covert bird watching. 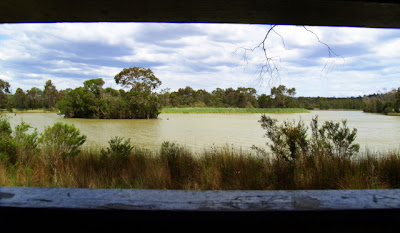 This is the view from within that bird hide. This large suburban park is dominated by a large man-made lake. 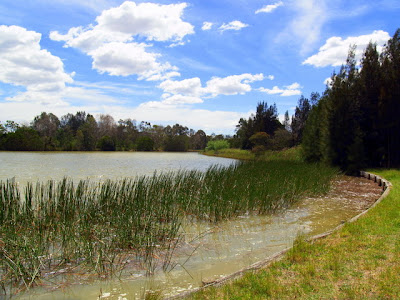 It’s hard to take photos of a lake without being a bit high up. If you’re at the same level, your photo is filled with sky or foreground and a thin, boring strip of brownish lake. I tried to take a more interesting photo by focusing on the lake edge. Although perhaps more interesting, this photo doesn’t show anything of the lake’s size.

It was a beautifully sunny day, though, with white fluffy clouds. Ah, it’s a nice memory while I sit here in my room, rugged up for London’s winter. I didn’t leave the house all day today. I’m like a hibernating bear.

I spotted the rusty pump wheel(?), which was some distance off the path. I wonder what it’s for? I’ve posted a few photos of the wheel. Although I tried, I don’t think I produced a photo that made full use of the interesting subject. 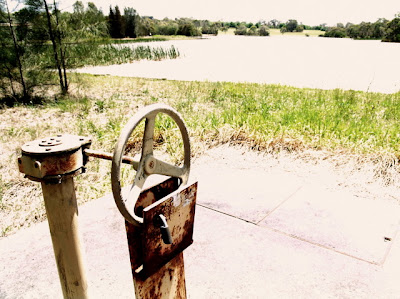 I know much of this is overexposed. I was trying to make it look like a hot dry day. I haven’t had the chance to look at this on a CRT. On my LCD laptop screen, is lightly sepia in tone. I suspect this is too pink on CRT screens. 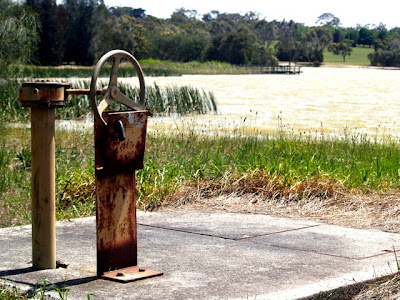 This version has the same tone as the last one and is probably more ‘correctly’ exposed and therefore more detailed. Sigh. I don’t know. I don’t know if this is an interesting photo. 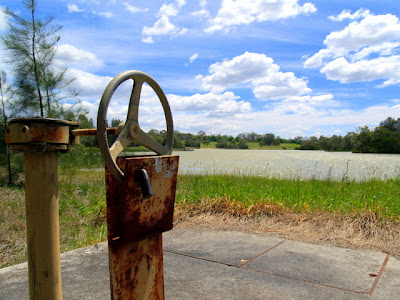 This photo is even less interesting. The colouring is more correct here. I think some people will like the sky. There’s no creativity in taking a photo of a pretty blue sky.

Anyone got any ideas about how to take a photo of this pump wheel? 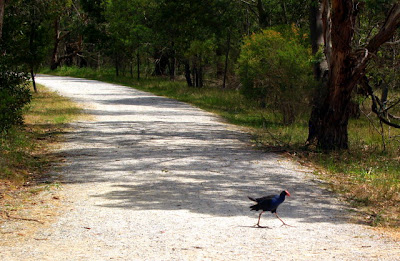 This bird is a purple moorhen, very common at this park. 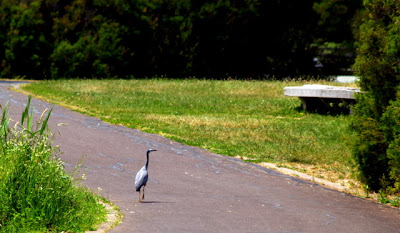 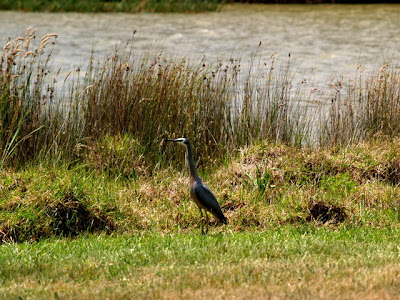 Some of these birds migrate between Victoria and Japan every year. 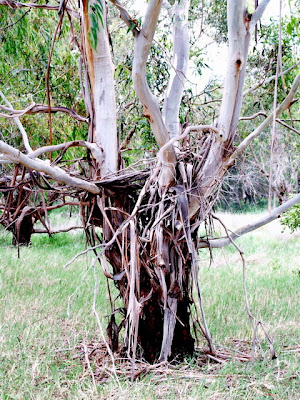 I think this is a messmate stringybark because of its messy stringy bark. I’m not sure, though. I learned about messmates on a first year ecology fieldtrip to Sherbrooke Forest. It’s a beautiful cool temperate rainforest of Eucalyptus regnans. Only now, reading the Wikipedia article, do I realise (remember?) that E. regnans is the same as Mountain Ash.

Last time I said I don’t like animals. Some people probably think this is strange for an environmentalist. Instead of animals, I love forests, more specifically, trees. I think I trace my environmentalist roots back to bushwalking with my family in the Grampians. I wish I could go back soon. 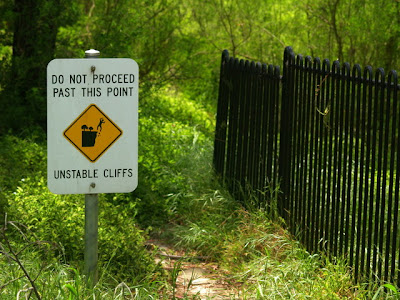 This sign reminds me of one I took a photo of at Dove Lake in Tasmania. Let me see if I can find it… 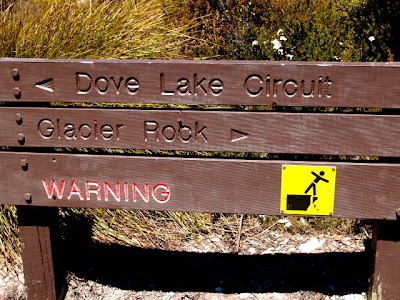 This photo from Tasmania was taken on 23 January 2005. It was one of the first photos I took with my Olympus E-300 camera. By the end of this month, I will have had my camera for three years. 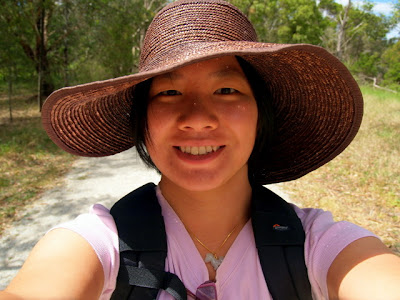 In those three years, I’ve figured out how to take photos of myself.