Here are some photos from my trip to Belgium and Germany last month. 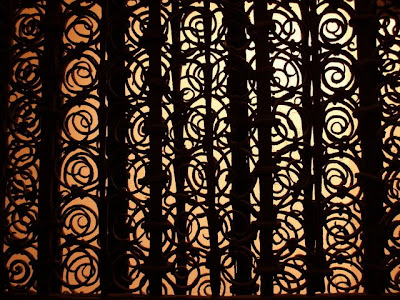 A gate in the treasure room of the Belfry of Brugge. 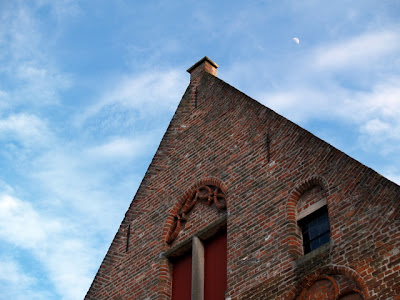 The moon over a building in Brugge. 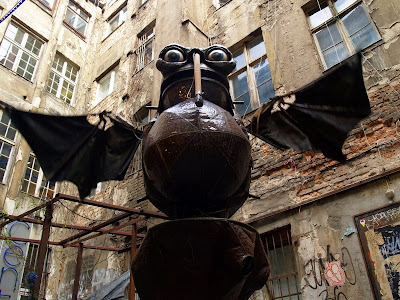 There are secret courtyards dotted throughout Berlin. Mo, our host in Berlin, took us to one that was the urban canvas of artists. We found this giant mechanical bat, which sprang to roaring and whistling life once we fed it a euro coin. 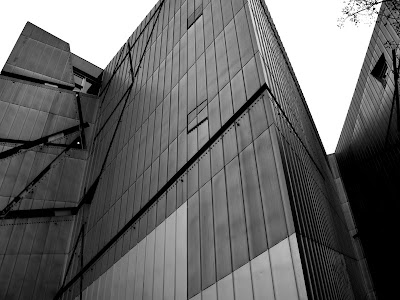 The Jewish Museum in Berlin. The museum space has no windows except for these slits through the metal walls. 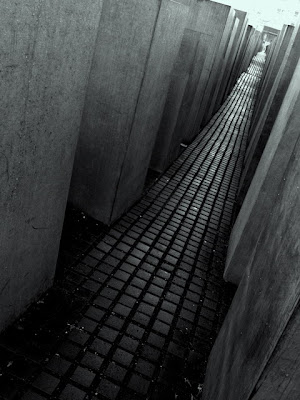 The Memorial to the Murdered Jews of Europe in Berlin. The square columns of the memorial ‘are designed to produce an uneasy, confusing atmosphere, and the whole sculpture aims to represent a supposedly ordered system that has lost touch with human reason’. Having walked amongst the looming columns while rain drizzled down, I can say that the architects and engineers managed to create the atmosphere they were aiming for. 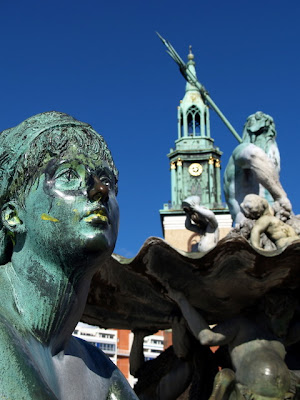 The Neptune Fountain in Berlin. 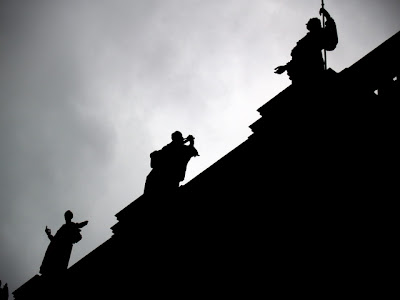 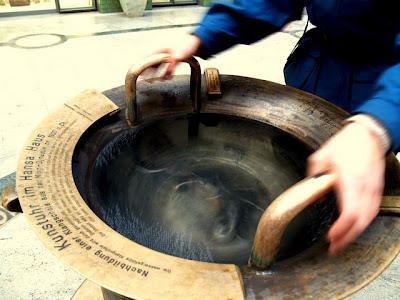 In Leipzing, Damjan managed to get a water bell to resonate by running his hands back and forth on the handles. The water shimmied too. 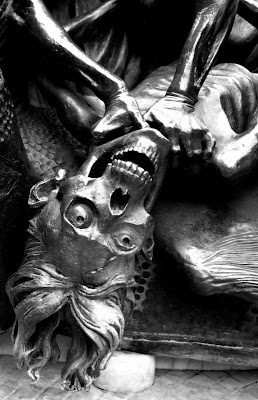 This comes from the Marriage Carousel in Nuremburg, which represents ‘marriage from the first stages of ardent love via exhausting struggles, and right through to the death bed’. 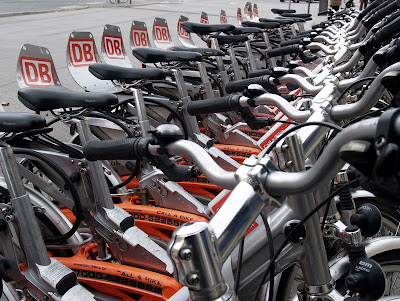 German cities are dotted with public bicycles, managed by Deutsch Bahn. You need to call a phone number in order to get a particular bike unlocked. I only ever saw one person riding a DB bike. I wonder if the bikes are used much? 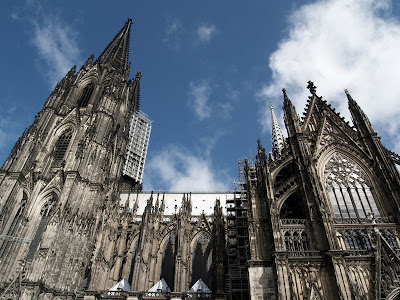 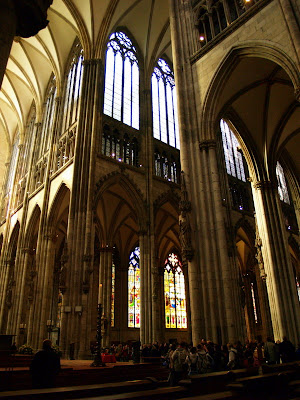 And here is on the inside, full of tourists who defy the rules in the hope that they can somehow light the awesome space with their puny flashes. I hate dumb tourists.