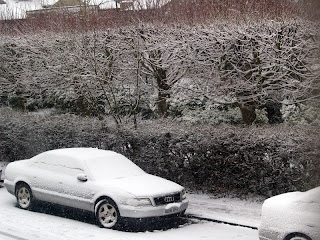 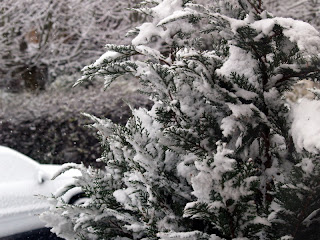 These photos were taken from my window on the first floor (the one above the ground floor) three days ago on Thursday. As you can see, it makes the previous snow day look like primary school homework.

Yesterday, Thara came to visit Cambridge. This was my second stint at being a tour guide. The first time, if you recall, was for Jana. Unfortunately for Thara, the weather was much worse this time around. 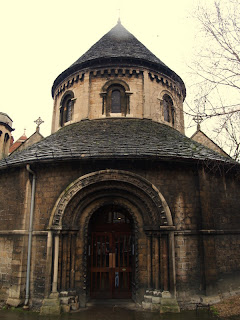 This is the Round Church, one of only four in England. 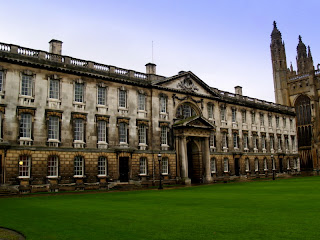 Ah, King’s College. I’ve almost over-photographed it, although you’ve only seen it before on this blog at night time during fog. It wasn’t really this sunny today. I’ve doctored the sky. You just can’t trust me anymore. 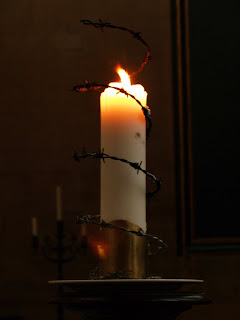 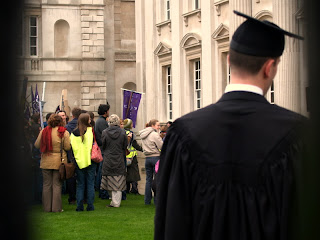 When Thara and I came out of King’s, we heard lots of chanting. For a university town, Cambridge doesn’t get as many demonstrations as you might expect. This was the first one I ever saw. What did the protesters want? Divestment of university funds from companies involved in the manufacture of weapons. When did they want it? Now.

The fuzzy black at the edges of the photo were metal fence bars, between which I had to stick my camera lens. The protesters were in front of Senate House, where I will hopefully be graduating after October this year. 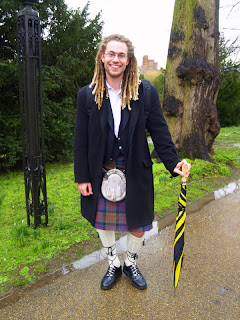 We visited Clare College and ran into this gentlemen, who kindly agreed to be photographed. I asked him why he was wearing a kilt. He said that he was coming back from a night at a themed party. It was 1:30 PM when we met him. Must have been a good party. 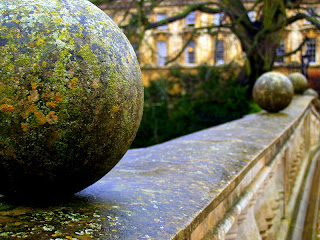 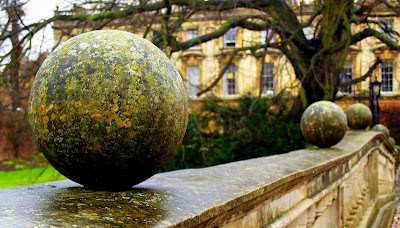 This is Clare Bridge in Clare College. The first time I saw these bridge balls was on my computer in Melbourne — See Sean McHugh’s gallery. Sean makes use of HDR. 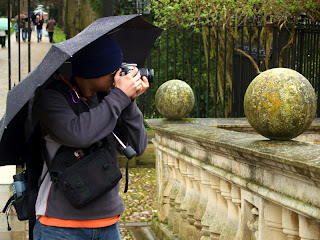 I would like your help, blog readers. I have two versions of this picture of the Mathematical Bridge. The legend of the bridge is well-known. Supposedly, Isaac Newton designed and built it so that it did not need any bolts or joins. Some curious students took it apart to see how it worked and couldn’t put it back together again. The only way was to bolt it together.

It isn’t true, of course. The bridge was designed by William Ethridge (some guy). I have been told, though, that the bridge members are arranged so that they are in compression (like an arch or vault) and the bridge can support its own weight without bolts. However, the bridge does have bolts to prevent collapse due to shear forces like wind.

Could you tell me if you prefer the closely cropped version of this picture or the original wide angle? 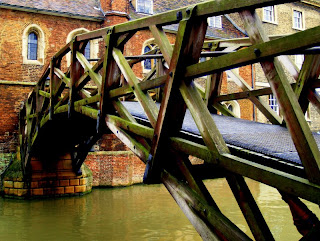 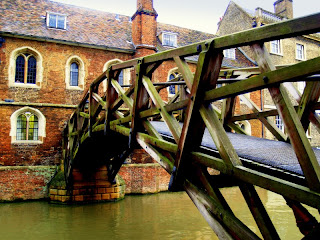